Today is a good day.

[Today is my first day of Winter break. I am officially finished with my third semester of grad school. I am feeling great right now!]

Today is also Wednesday, so I am bringing a full day of eats to the What I Ate Wednesday party. These are Monday’s eats. Monday was a day of work / gym / exam / movie night.

Breakfast: Microwaved “baked”  pumpkin oatmeal. To make it I combined 1/2 cup oats, 1/4 cup pumpkin, 1/4 cup almond milk, 1 egg, and cinnamon into a greased bowl and microwaved it for 4 minutes. For full enjoyment, I plopped it on a plate and topped it with peanut butter. Served with coffee and followed by a piece of dark chocolate. 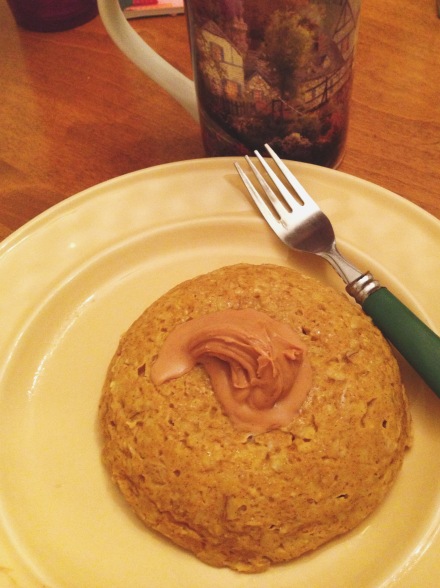 For a mid-morning snack, I had 3 banana oatmeal cookies I made the night before. I regretted eating these so early in the morning, because I was trapped in a room for 8-1:30 and my stomach started eating itself around 11. 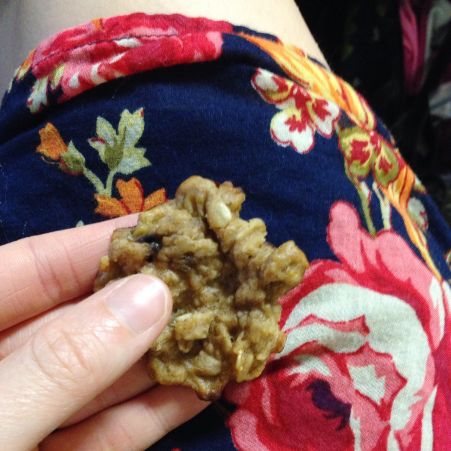 The cookies were made simply with 1 banana + 1/2 cup oats + 2 tbsp peanut butter + cinnamon all mixed together and spooned out on a pan to make 15 or so blobs. I baked the pan of blobs on 350 F for about 12 minutes. 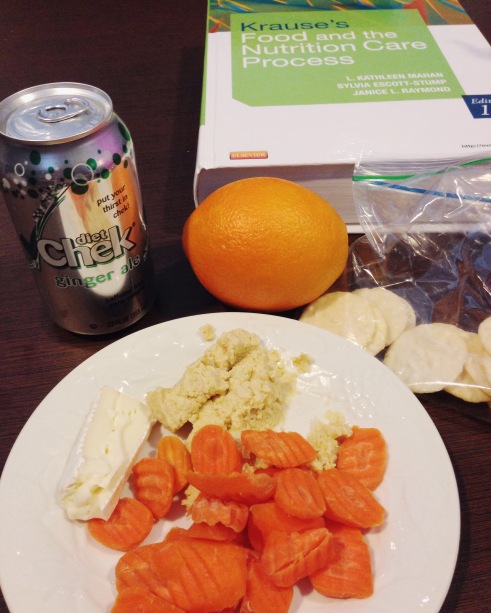 This simple meal was so satisfying that I had it the next day too. I have never bought rice crackers before this recent purchase, but man are they tasty! I will definitely buy them again.

Following a lower body work out, I had an afternoon snack consisting of this Honey Bar. 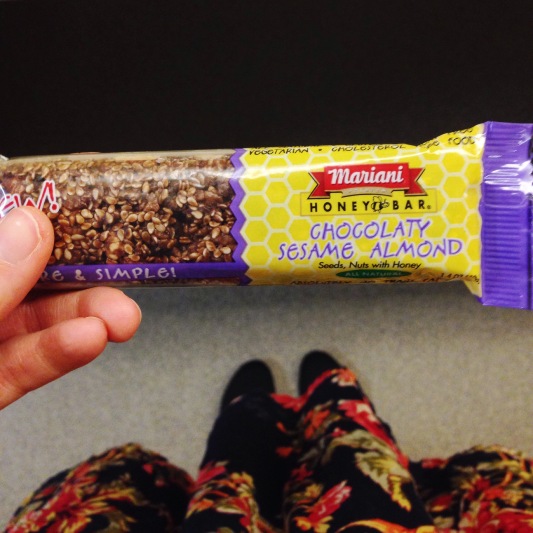 I liked that the bar was marked down to $.50 and that it had very few ingredients: sesame seeds, almonds, honey, and chocolate liquor. It left a lot to be desired, honestly. I think because I expected chewy, like the Kind bars, but got hard instead. 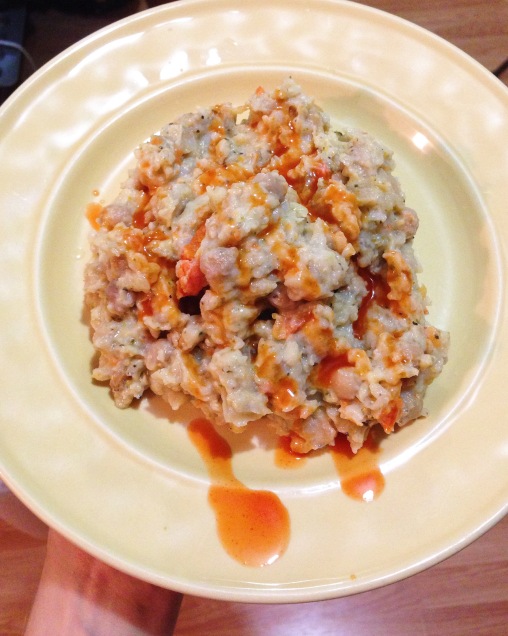 This is an ugly meal, but it was very tasty! I used a California blend vegetables instead of just using broccoli. I also left the crockpot on low all day instead of high for 2, so it turned kind of mushy, but I kind of liked it like that. The hot sauce put it over the top! Super yummy and cheap meal.

After watching Star Wars Episode IV, I had thick slice of chocolate banana bread and a cold glass of almond milk for a late night snack. 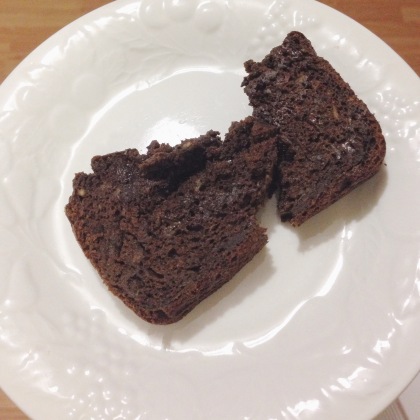 This was one of those days that everything I had left me feeling really good! I honestly didn’t intentionally make it a meatless Monday, but it just worked out that way. I like going meatless for a lot of my meals, because it helps me to be more creative and consume more variety. You know?

That’s all from me today, but I’ll be back tomorrow!