One of my favorite aspects of blogging is getting to know the blogger behind the blog. I think what’s cooler than the stuff they post is the person who was inspired to write it.

Since my blog is kind of new, I decided to take part in the ABC survey that’s been floating around the blog-o-sphere. I found it on first on Brittany’s blog, but have since seen it almost everywhere. Funny enough, when I was a middle schooler and addicted to MySpace, I did surveys all the time. It’s almost like they are a way of getting to know yourself better.

So today I am thinking out loud– ABC survey style! 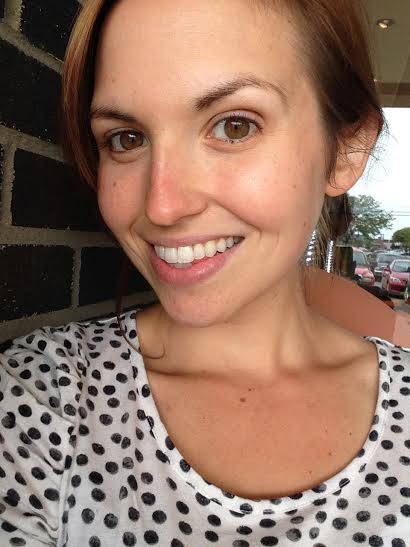 B – Biggest Fear: Someone I love (or myself) dying unexpectedly. I say “unexpectedly” because even though death is always sad, I think when it happens suddenly it is the most tragic.

A silly fear? This is kind of embarrassing and I hope it doesn’t come off the wrong way, but if a man makes eye contact with me several times in a row (you know what I am talking about, ladies), I always get really scared he may approach me and ask me out. This scares me because I really hate rejecting people. This by no means happens all the time, but it’s happened to me a handful of times. Before I was in a relationship, I would sometimes lie and say I had a boyfriend or give them the wrong #, because I just couldn’t say “no.” From some reason I tend to attract the extremely bold type.

D – Drink You Had Last: Diet Mountain Dew Code Red- this stuff has all kind of horrible junk in it (red dye, anyone?), but I used to LOVE it and drink it often. I came across it in the grocery store and bought it on a whim. I probably won’t have it for another 12 months (it’s hard to find, anyways), but I’ve enjoyed every last sip.

E – Easiest Person To Talk To: Terry. Probably why I married him. My mom is up there, too.

F – Favorite Song: “Such Great Heights” by Iron & Wine. I’ve always loved it, but it was the song that played while I walked down the aisle. My heart melts every time I hear it.

G – Grossest Memory: when I had a colectomy they put an NG tube in my nose that went down to my gut. The tube was to suck up surgery stuff. The liquid it sucked up was black. Also, if I took a sip of anything I could see it come right back up.

H – Hometown: Gilbert, South Carolina. I moved there when I was 8, so I consider it my hometown.

J – Jealous Of: This probably sounds weird, but people with full time jobs. Working 1-2 jobs while being in school means weird schedules and hardly any predictable down time. I guess I’m just ready to feel “totally” settled.

K – Kindest Person You Know: I did my first two years of college at Spartanburg Methodist College. During my time there I met some of the best people I’ve ever known. My mentors and advisers impacted me more than they’ll ever know.

L – Life Isn’t Complete Without: connections. As much of a loner I am at sometimes, without the human connection I don’t think we’d be really living. 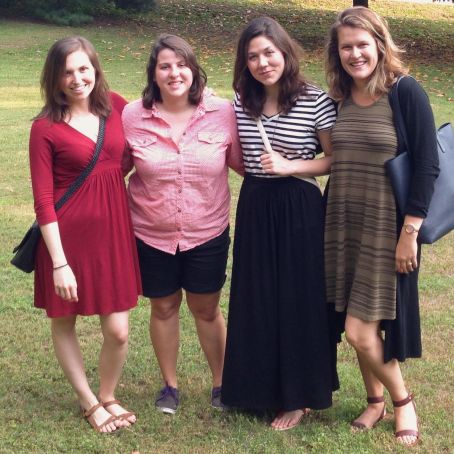 M – Middle Name: Newman, because I decided to make my maiden name my middle name. I felt like it was a way to stay connected my roots. This actually made the name changing process a little easier.  Grace was my given middle name. Katharine Grace. 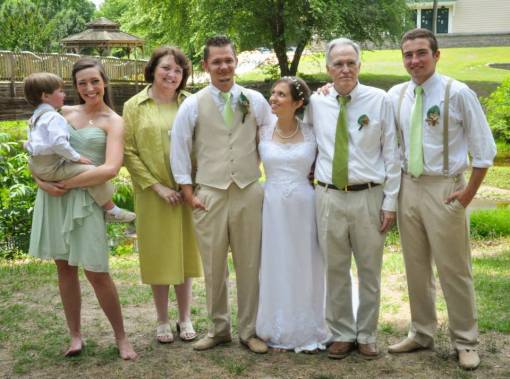 N – Number of Siblings: 2. My older sister, Leigh who definitely filled the role as the protective older sibling and provides me with very stylish hand-me-downs. She’s a great mother to my nephew, Easton- plus she’s hilarious. Jon Myles, my younger brother, is currently playing college baseball. I wish I had his work out motivation. He’s super funny too and just really sweet! I feel fortunate I was the middle child, because I got to have both of them as a playmate growing up!

O – One Wish: For everyone to know the love of Jesus. I’d be nothing without His grace.

P – Person You Spoke To On The Phone Last: Mom. I have a habit of calling her while she’s at work and pretending like she doesn’t have work to do.

Q – Question You’re Always Asked: Are you always this happy? (To which I silently answer “as long as I am on my medication”)

S – Song You Last Sang: “Trust and Obey.” Haha, old hymns have a way of getting stuck in my head.

T – Time You Woke Up: 7:15 am- spent some time interning at the nursing home this morning.

U – University: (I took Brittany’s lead and changed the “underwear color” prompt, because really, what does my blindly grabbing a pair out of my drawer tell you about myself?) I am currently at Winthrop University for my graduate degree in Human Nutrition. I graduated from University of South Carolina with a BS in Public Health.

V – Vacation Destination: After watching Parenthood I really want to visit California! I’d also really like to go on a cruise to somewhere tropical. I’ve never been on one been before and the whole all-inclusive thing sounds wonderful!

W – Worst Habit: Probably arriving places late. It’s always just a few minutes late, but it’s something that annoys me about myself and something I could totally change.

X – X-Rays You’ve Had: I’ve broken my wrist and tail bone… So I guess both of those. Also, my abdomen for a Stitz Marker test.

Now, pick a letter and tell me something about yourself. Trust me, I want to know!